To give you a sense of the FREE programming that we offer throughout the year and across the GTA, highlights from our back catalogue are listed below.

Upcoming public programs are posted on the Events page. 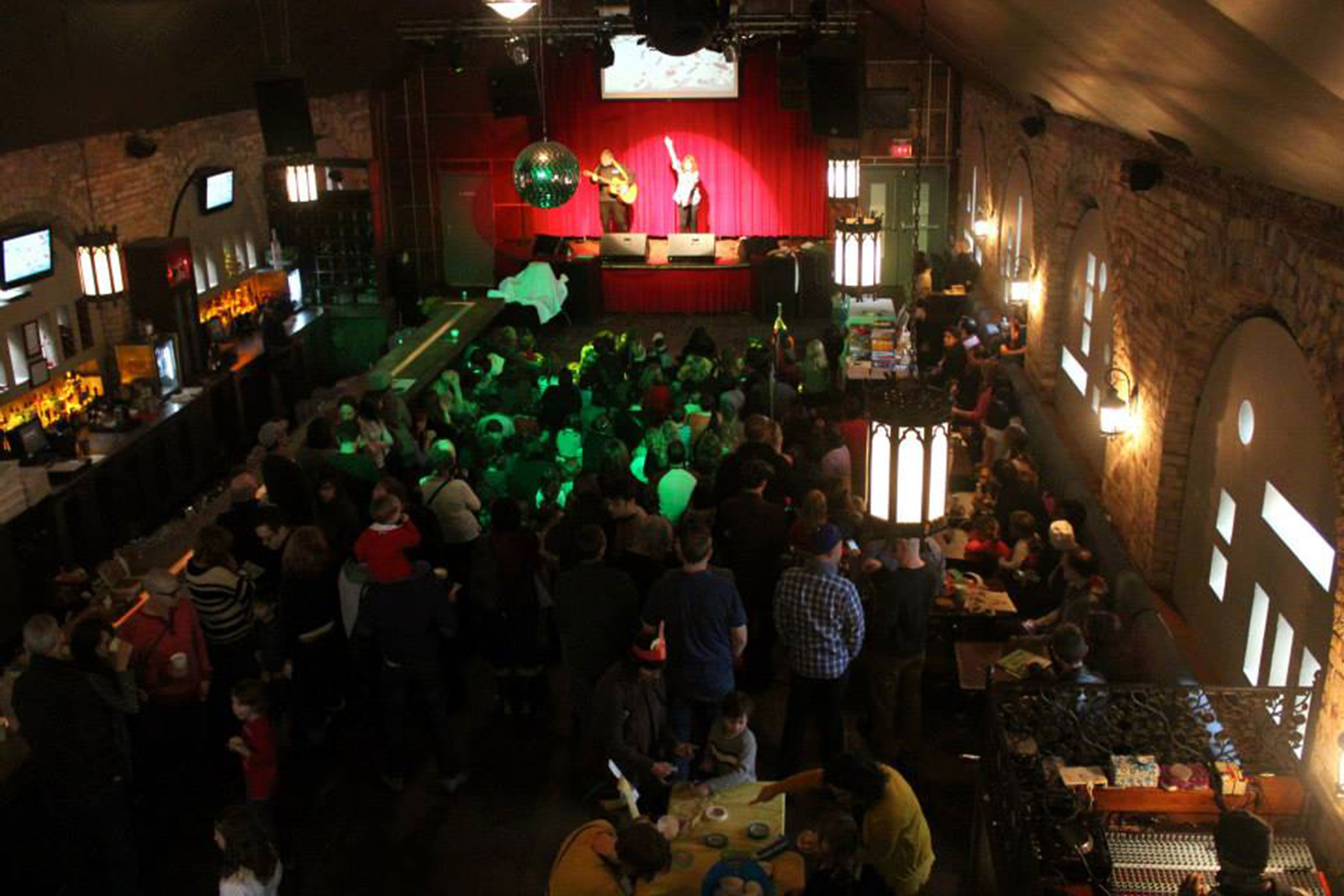 TOTSAPALOOZA Over the past eleven years, roughly 450 people have turned up for Totsapalooza, an annual day festival for readers aged 2-12 featuring live performances by leading picture book authors, indie bands and DIY crafts, held every February at the historic Revival Nightclub. The shows sell out quickly, every single year.

From singer-songwriters like Fred Penner, Dave Bidini (Rheostatics) and Don Kerr (Communism) to bands such as The Bicycles, Bellwoods Trinity, Hooded Fang, Monkey Bunch and Dave Clark‘s The Woodshed Orchestra – a veritable who’s-who of Canada’s indie music scene have graced the stage of Totsapalooza.

To get a sense of Totsapalooza in action, check out this video by Jenn Catanazaro featuring Oliver Jeffers, set to an original song by Don Kerr: click here. 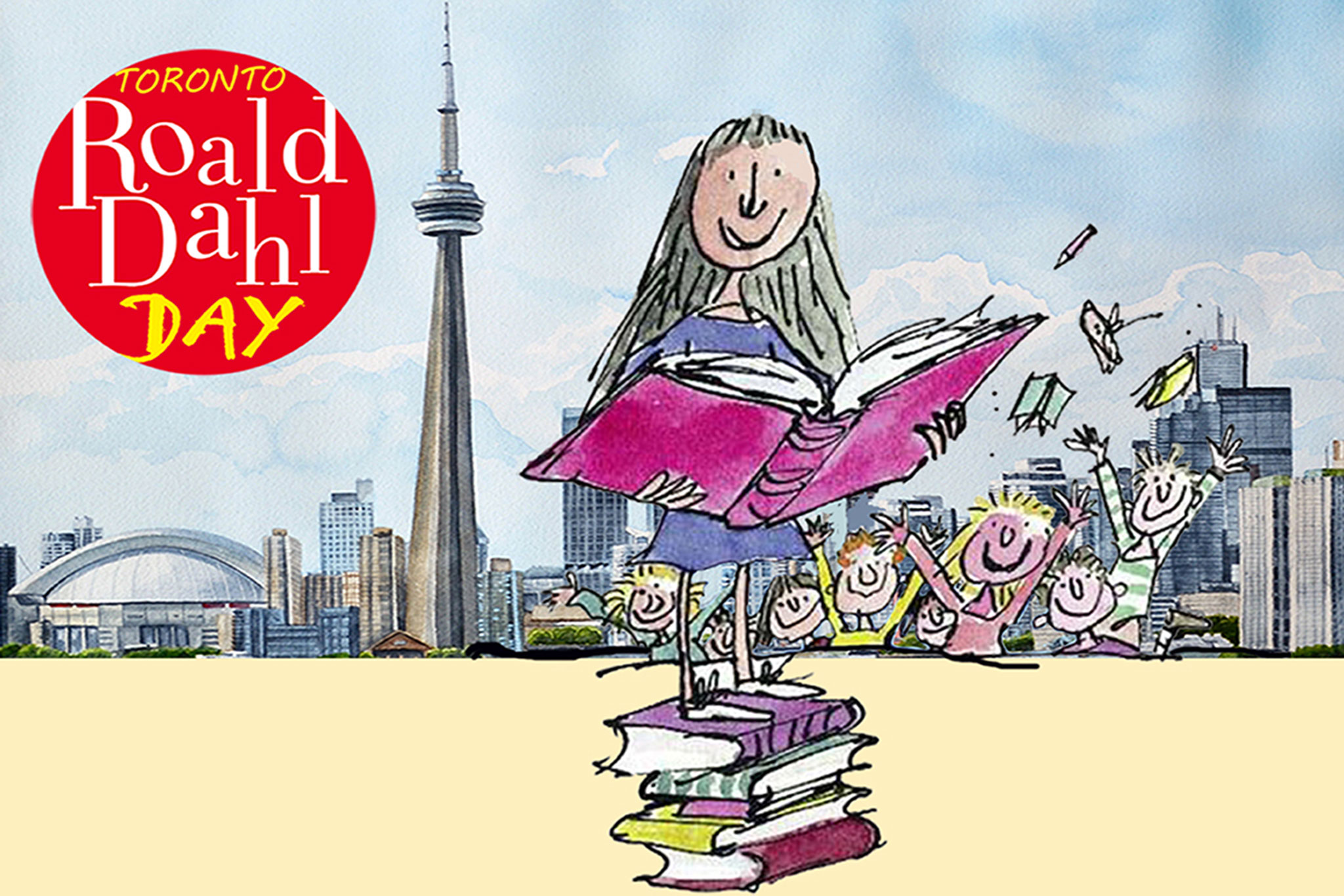 For the past decade or so, Roald Dahl fans throughout the United Kingdom have marked his birthday (September 13th) with a day of readings, screenings, parades, and so forth. Toronto-based Dahl fans were finally able to join the festivities in 2011, when we mounted the first Roald Dahl Day celebration in Canada.

Toronto Roald Dahl Day celebrations take place in October and revolve around a short story contest for middle-grade students. We ask them to write a Toronto-based variation on one of Dahl’s classic novels. An all-star panel reads aloud the top five tales at our event. 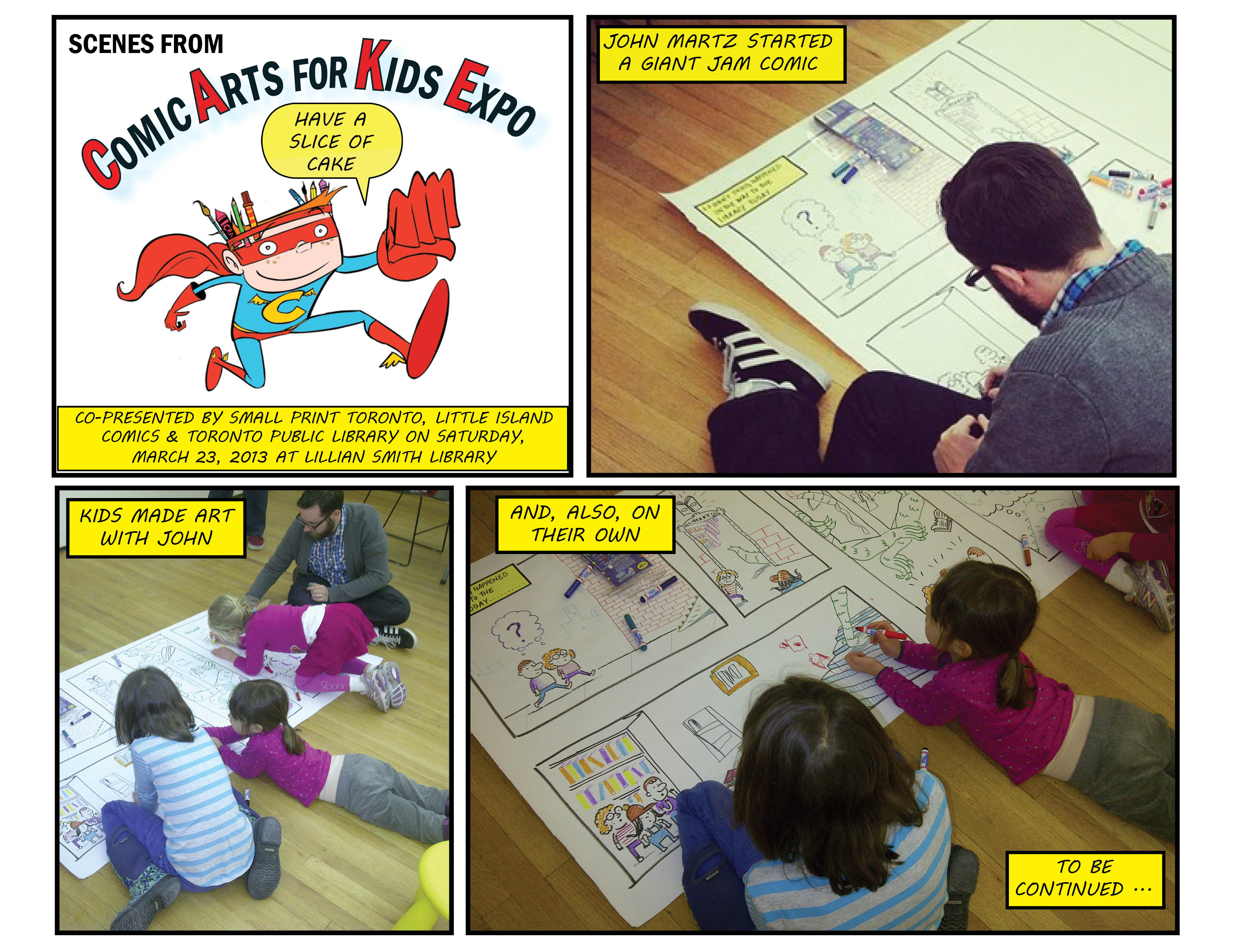 Comic Arts for Kids Expo (CAKE) is a daylong celebration of image-based storytelling for young readers that we present with the superheroes at Little Island Comics. The morning is devoted to interactive activities for the 2-8 set conducted by picture book creators. Graphic novelists lead workshops for creators 8-13 during the afternoon.

Throughout the day, leading artists will sketch and sign their books. Everyone who attends CAKE can contribute to a series of giant comic book panels. And the Little Island Comics team is on hand to assist collectors of all ages.

BAM! POW! ZAP! Everyone knows Wonder Woman, Spiderman and The Hulk but superheroes can come in all shapes and sizes. What does it take to be a superhero in today’s Toronto?

DIY Superhero Lab offers writers aged 6-12 a chance to invent their own superheroes. What’s your superpower? The sessions focus on the one thing that superheroes from The Avengers to The X-Men have in common: an incredible origin story.

A mouse navigating an environment designed for humans, cobbling together a dwelling out of discarded items, is a mainstay of children’s literature. What would a city built by these tiny citizens look like? Urban planners aged 2-8 can explore this question as part of Mouse City, our popular model city-building program.

After reading a picture book featuring mice, the Mayor of Mouse City briefly chats with the kids about a related, real-life urban issue such as public transit. Budding city builders address this issue, with input from the Mayor, as they build a miniature, cardboard city for storybook mice.

Over the past few years, Mouse City’s mayoral office has been occupied by such picture book authors as Barbara Reid, John Sobol and Roslyn Schwartz, urban affairs journalists Matt Blackett of Spacing Magazine and Ed Keenan of The Toronto Star and even real life politicians Mike Layton and Adam Vaughan. 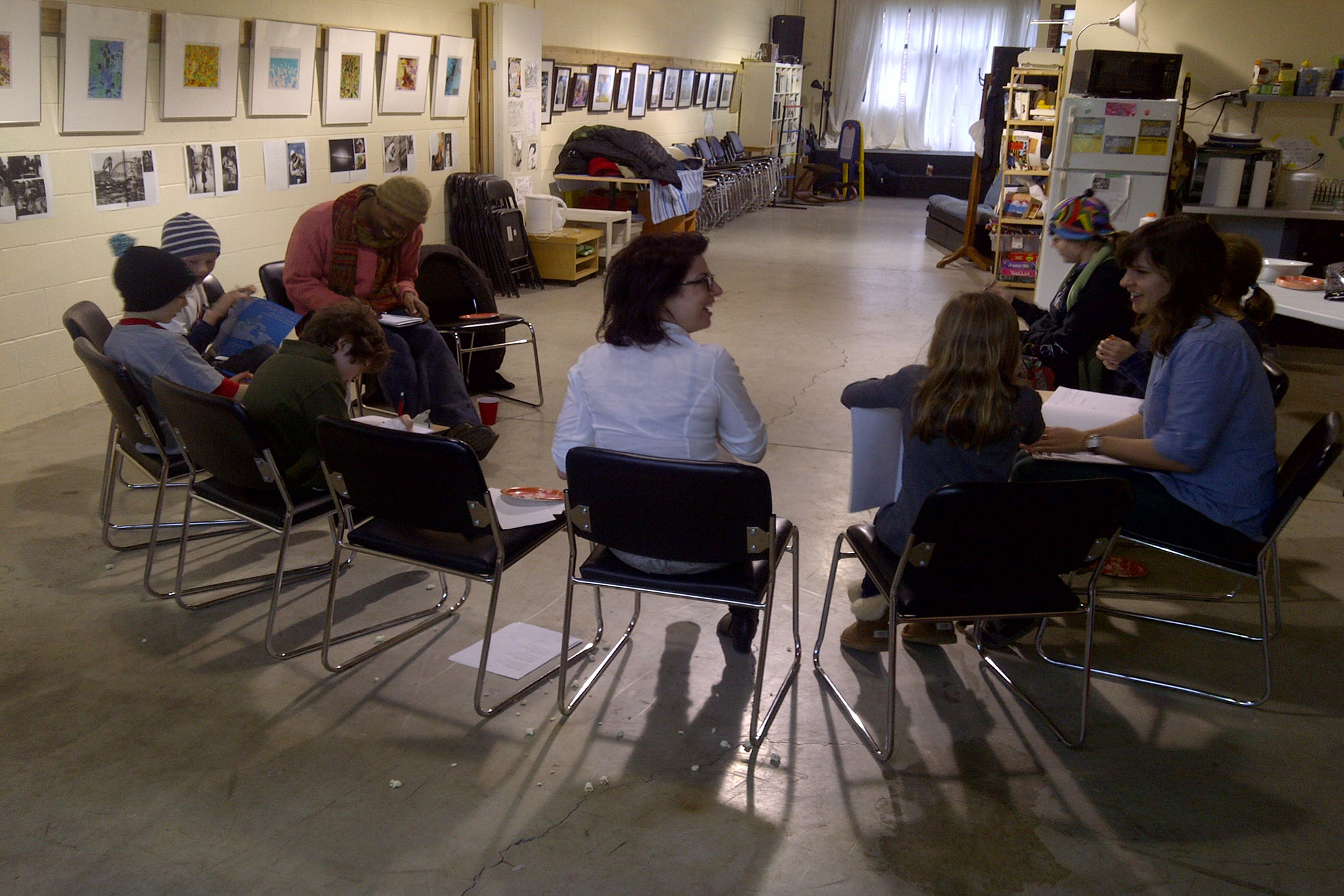 Dr Seuss meets Dr Dre at our rap-poetry workshop for writers 6-12, Rhyme Stew Crew. Poet Claire Caldwell conducts the sessions. After setting a classic work of children’s verse, like Green Eggs and Ham, to old school hip-hop beats, Claire and the crew create their own rhymes and make noisemakers out of recycled materials. 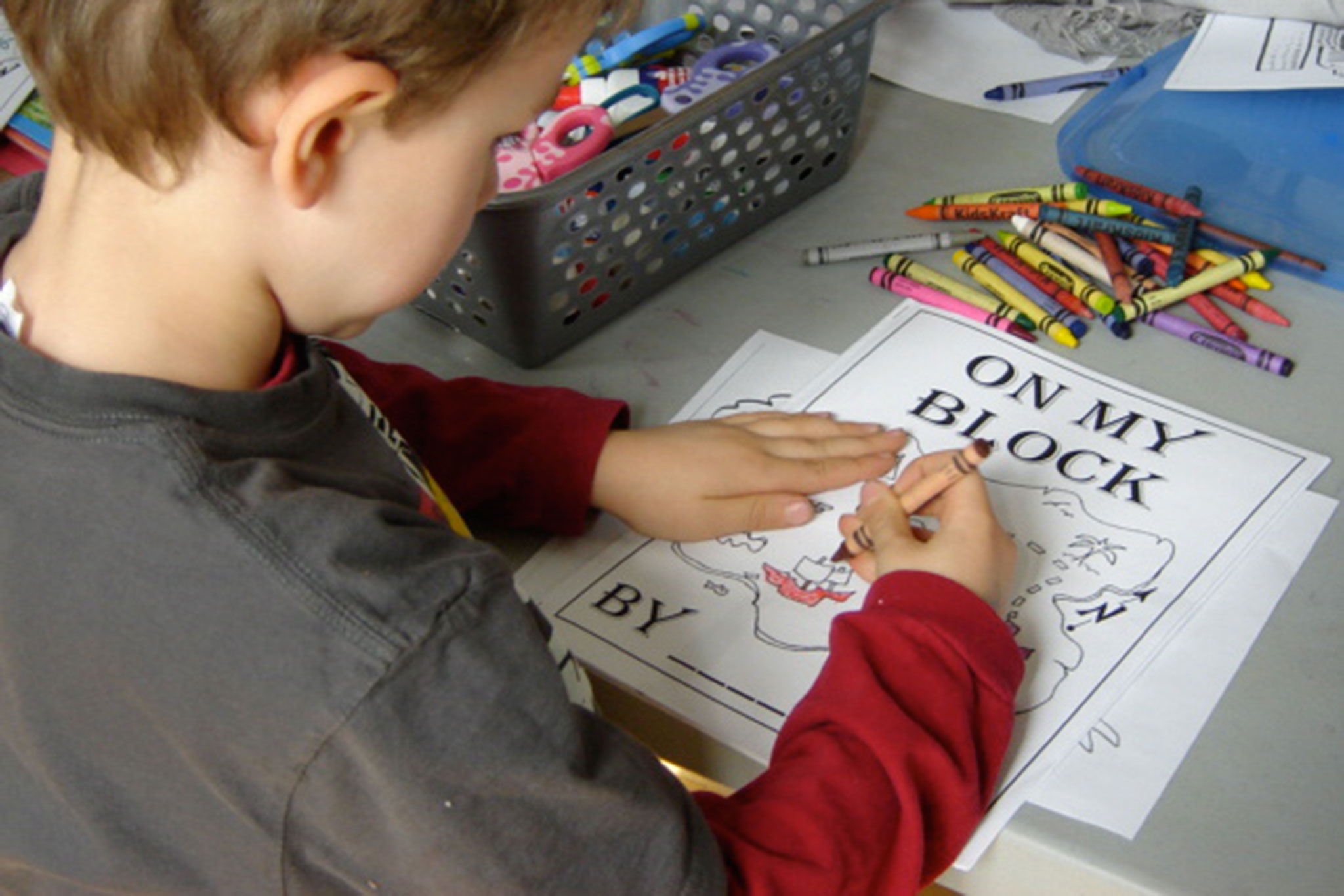 Block Letters is a social mapping exercise for urban explorers 2-8 inspired by A Few Blocks by award-winning artist-author Cybele Young.  After hearing her remarkable book read aloud, kids can go on a short guided walk with Rani Sanderson. What magical stories will they discover along the way?  Afterwards, explorers can record their observations in booklets that Young designed exclusively for this project. 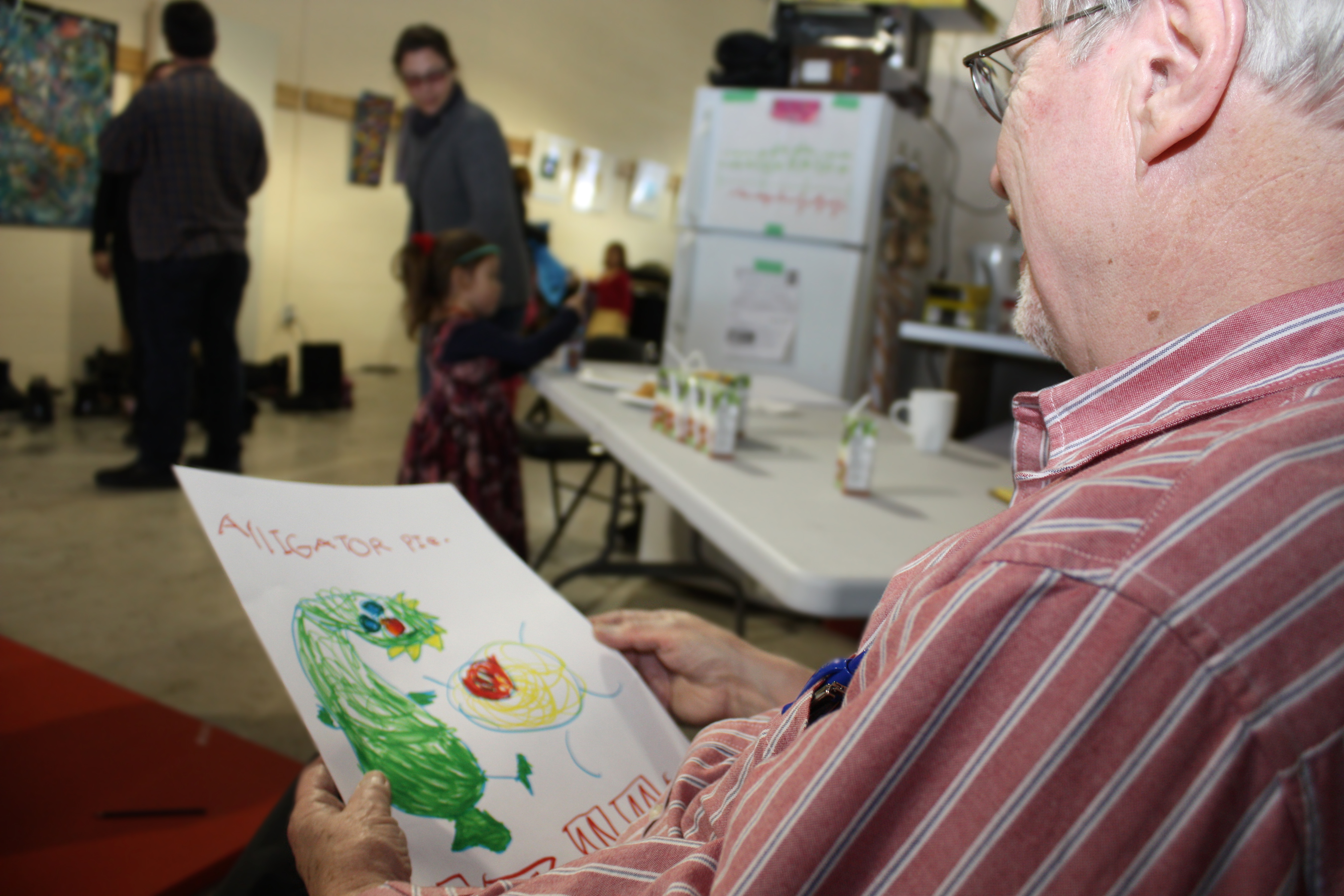 Children’s Story Jam is where KidLit authors get feedback on works-in-progress from their most discerning critics: young readers. Every session has a “free jam” portion, during which young people can share writing they bring from home or create something on the spot.

For instance, Can Lit icon Dennis Lee (pictured above) consulted wordsmiths between 4-6 years old about whether his new poems were ready to be published in his latest collection. Dennis then launched the book, Melvis and Elvis, at Totsapalooza. 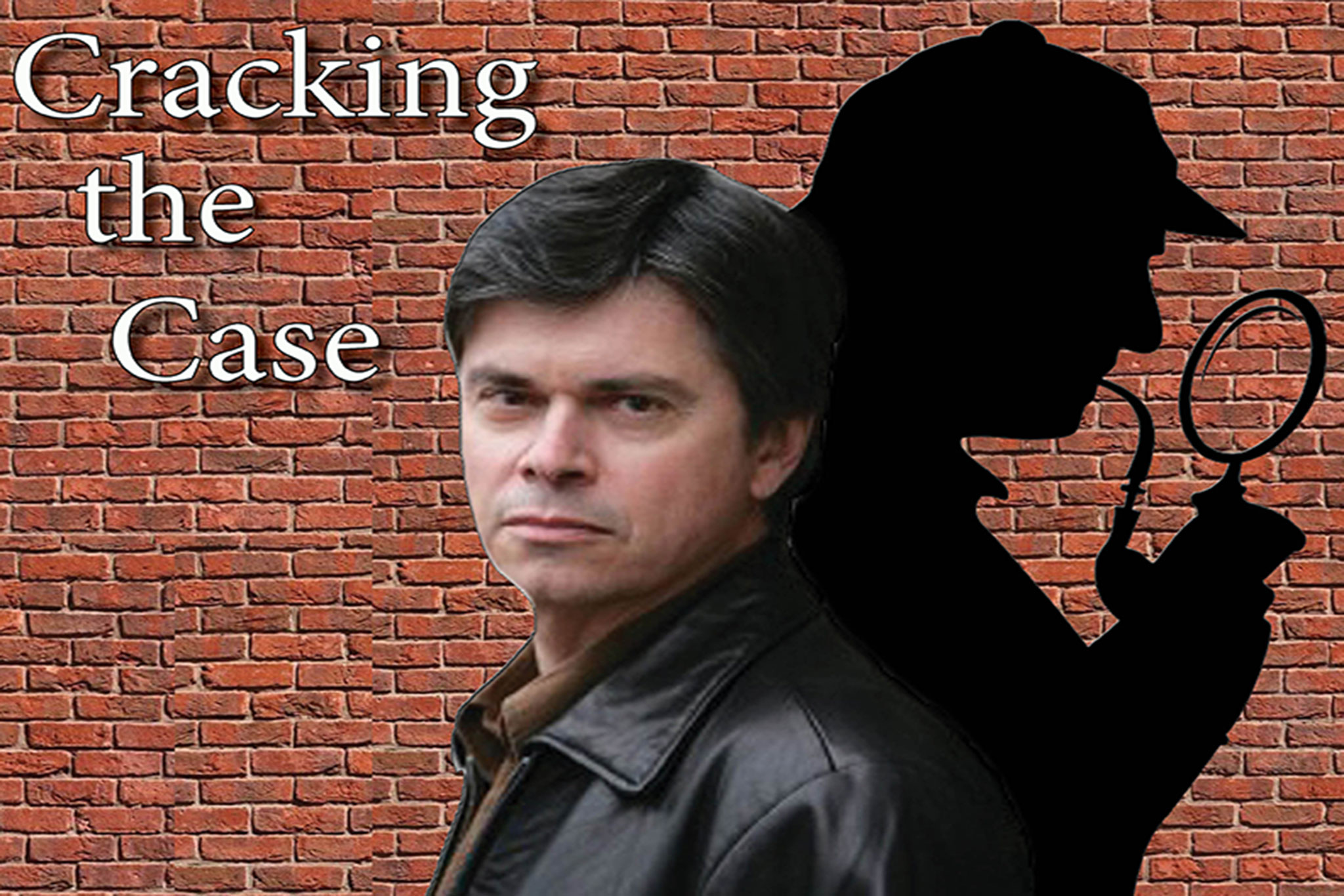 Cracking The Case is essentially a mystery writing workshop wrapped in a scavenger hunt. Leading mystery authors for young readers such as  Shane Peacock (above) present an original site-specific scenario to wordsmiths 8-12.  The young sleuths compose an ending to the tale, based on clues they find during a search of the ‘crime scene.’  The clues range from props like a bloody glove to actors playing mediums, who answer the sleuths’s questions from the beyond. Participants get a printed copy of the story they create. 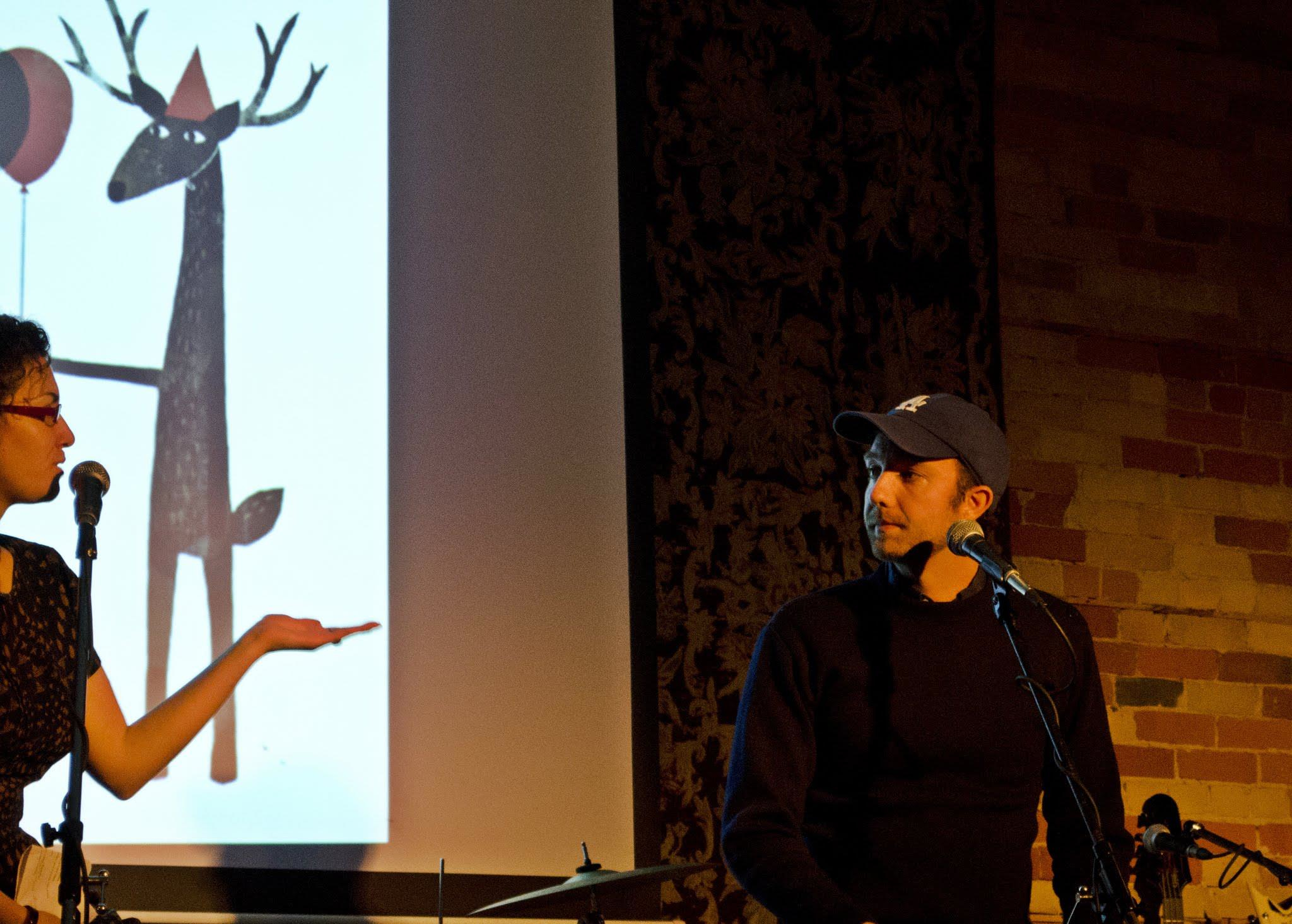 Our Tot Studio series encourages 2-8 year olds to approach reading as a creative, interactive process.  From Paulette Bourgeois to Jon Klassen (pictured above, in conversation with Vikki VanSickle), and, from Kevin Sylvester to Cybéle Young – many of today’s top picture book artists have appeared in our author showcases over the past five years.

THE VOLUME ONE PROJECT 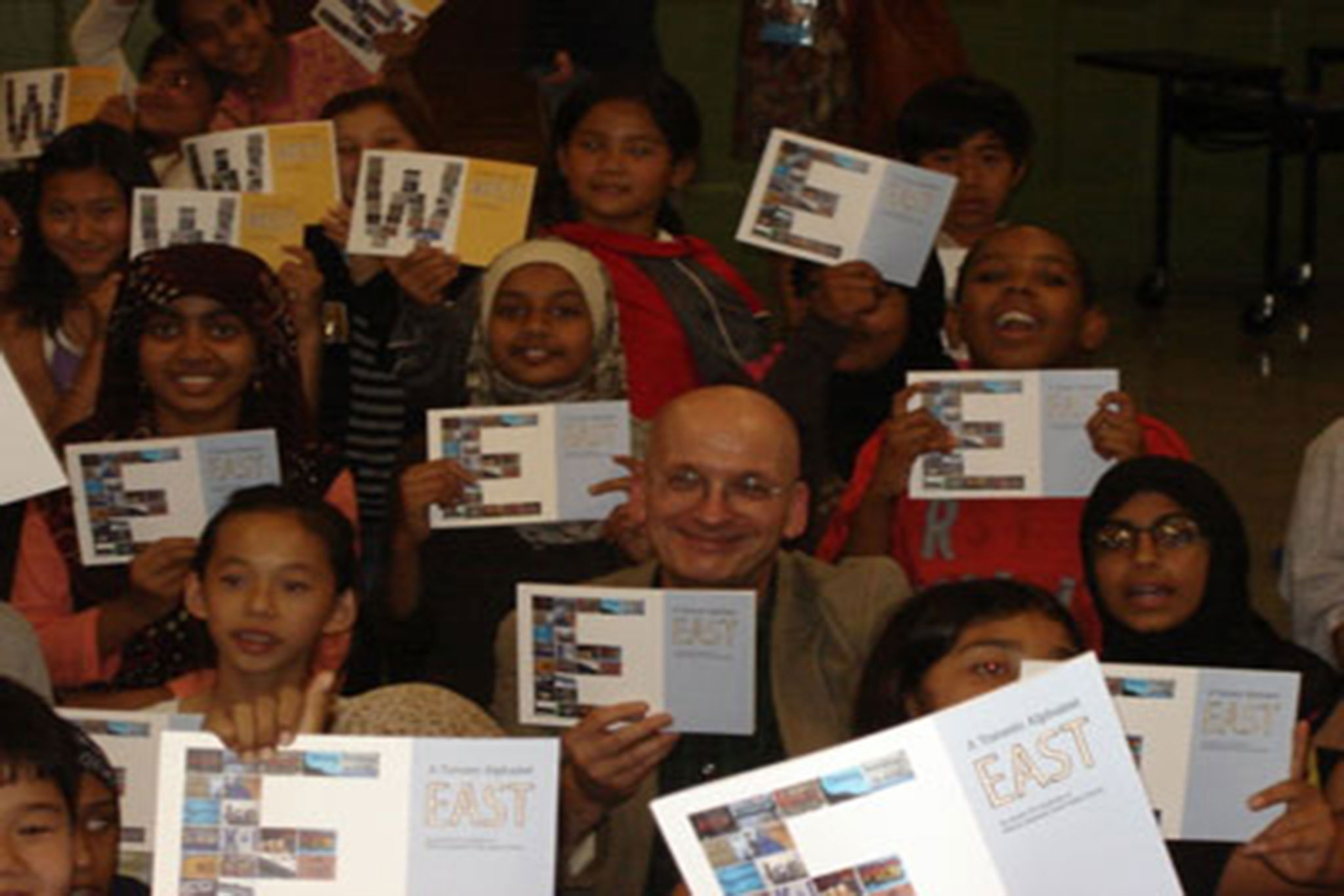 The Volume One Project is a writing exercise created by Chris Reed and Natalie Kertes, based on workshops she conducted with novelist Roddy Doyle at his centre Fighting Words Dublin. It served as the basis for the three month project about neighbourhoods that Small Print Toronto conducted in elementary schools with Luminato,  collected in the book A Toronto Alphabet.  (As chance would have it, Doyle was able to attend that book launch).