The unfolding story of the Small Print Toronto project has been chronicled by the media, in photos and on video.  Here’s our digital scrapbook: 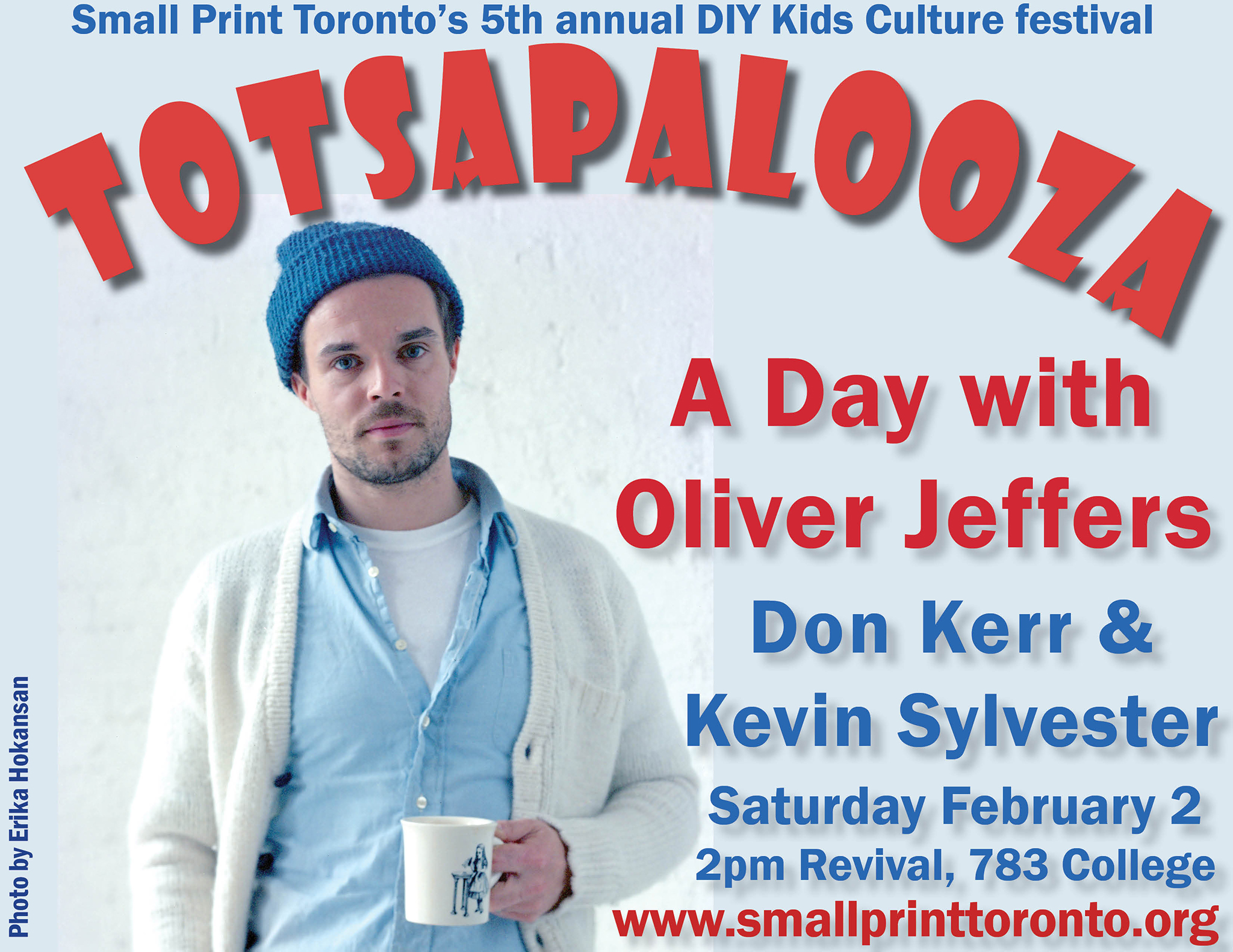 The most popular craft turned out to be creating a flying penguin, in honour of Jeffers’s acclaimed book Up And Down.

For a video of the event by Jenn Catanazaro,  just click here.

The Piece By Piece Mash-Up:

Totsapalooza: “Rocking out with the Monkey Bunch” by Christopher Shulgan EYE WEEKLY Feb 2, 2011

“Welcome to the Dahl-house” by Vit Wagner Toronto Star Sept 8, 2010

“Teresa Toten Talks Growing Up and Fitting In, Piece By Piece”  by Erin Balser, Torontoist March 27, 2010

“Cracking the Case with Shane Peacock” by Erin Balser Torontoist May 14, 2010

The I Haven’t Read The Book Club:

“Doing It In Public: A Celebration of Watch This Space” Open Book Toronto April 27, 2010